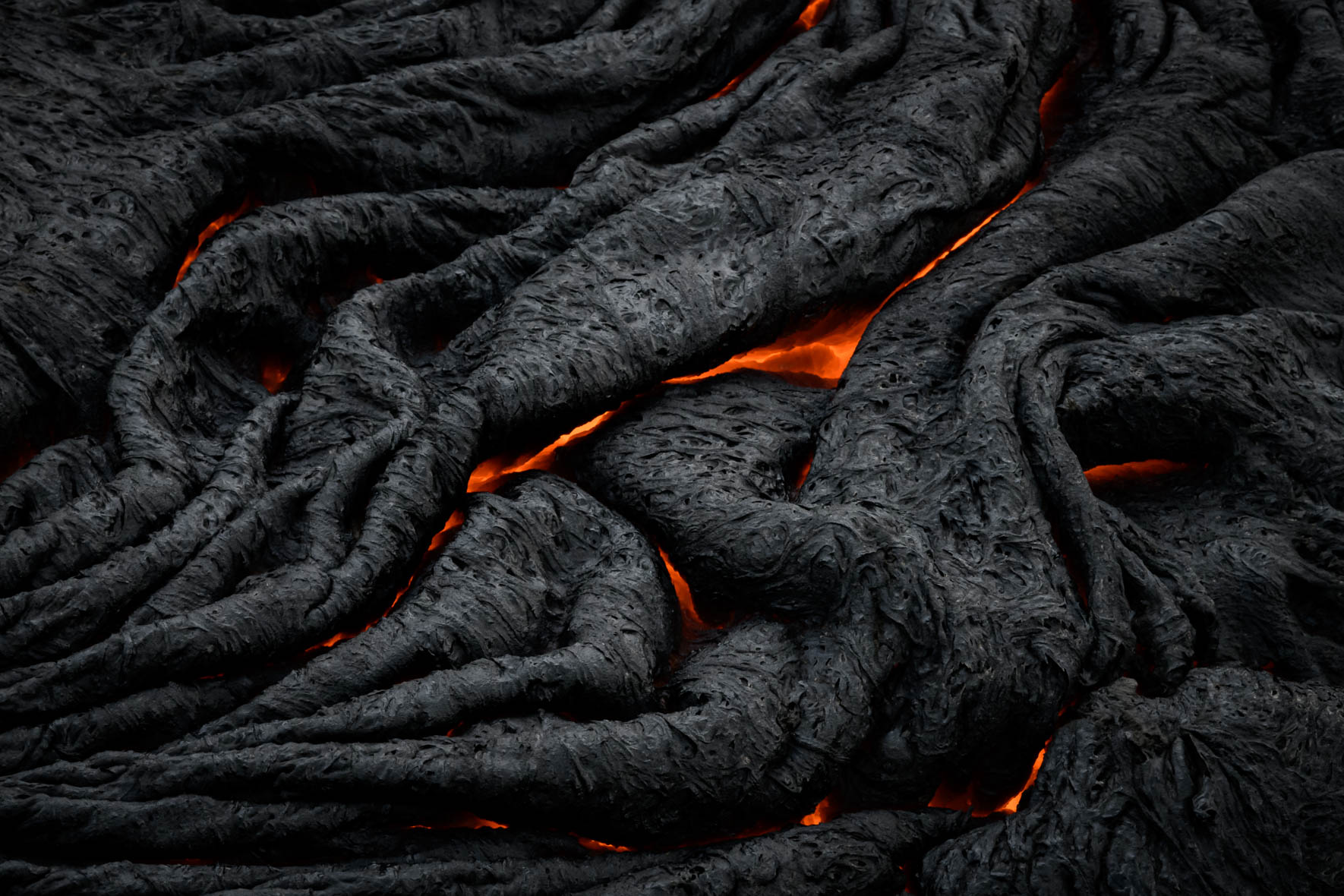 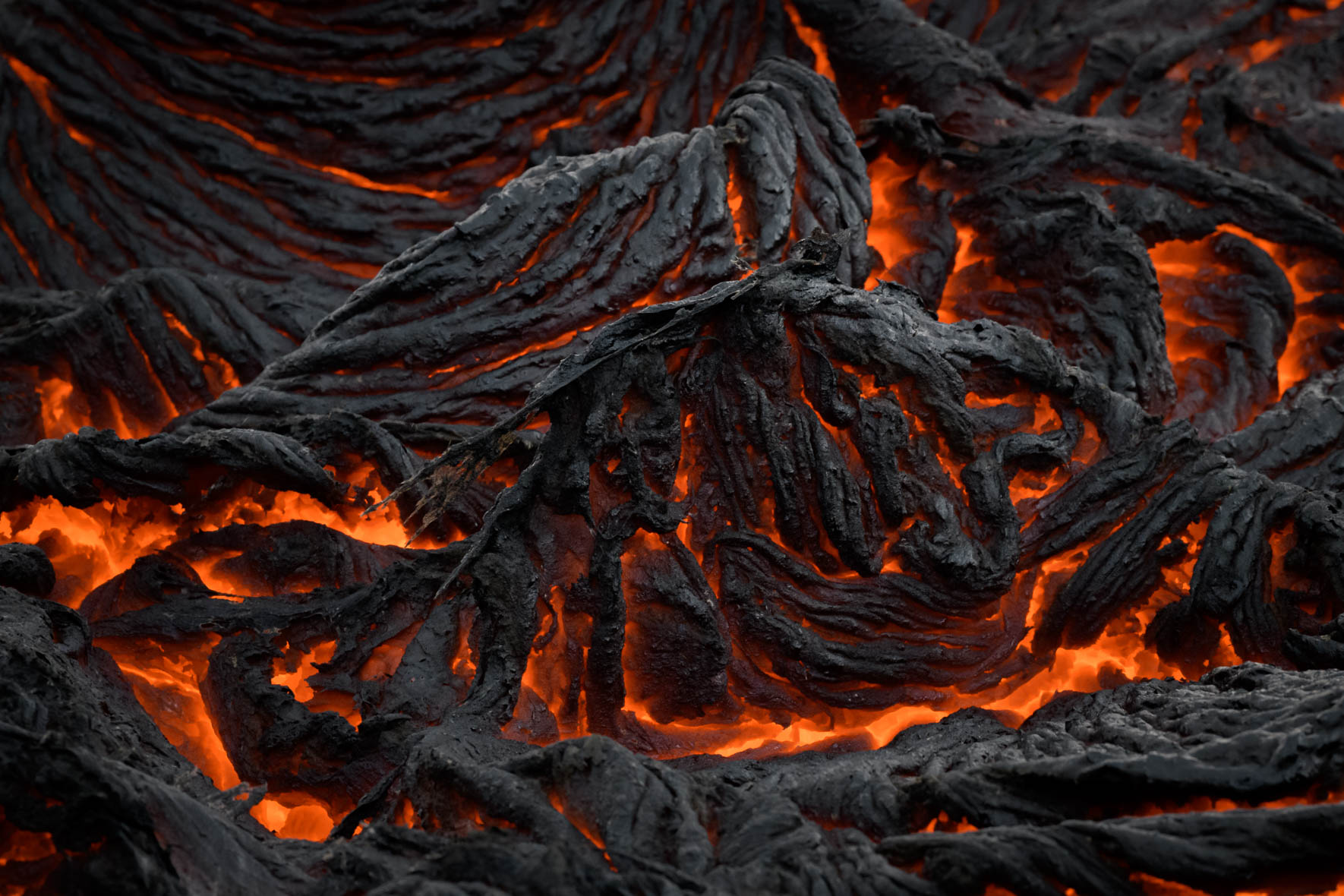 In March 2021, a volcanic eruption began in the Geldingadalir valley at Fagradalsfjall Mountain on the Reykjanes peninsula in Iceland. The volcano is only located 30 km from Reykjavík and the eruption lasted for several months, constantly changing the surrounding landscape.

All photos were taken in Nátthagi valley where you could get really close to the fresh lava flow. If this valley is filled up with lava, the lava will flow down the mountains towards the ocean.

I was most interested in getting as close as possible to the action and using a 500mm prime lens to capture those bizarre and beautiful details. The place absolutely exceeded my expectations and the variety of textures and shapes I did not expect. This kind of simultaneously beautiful but also brutal transience was the charm for me. And I was absolutely blown away by how quickly the lava field changed. Apparently cooled lava broke open and thick, fresh lava flowed out and formed new shapes and “sculptures”, which were then destroyed again by new lava a few minutes later. 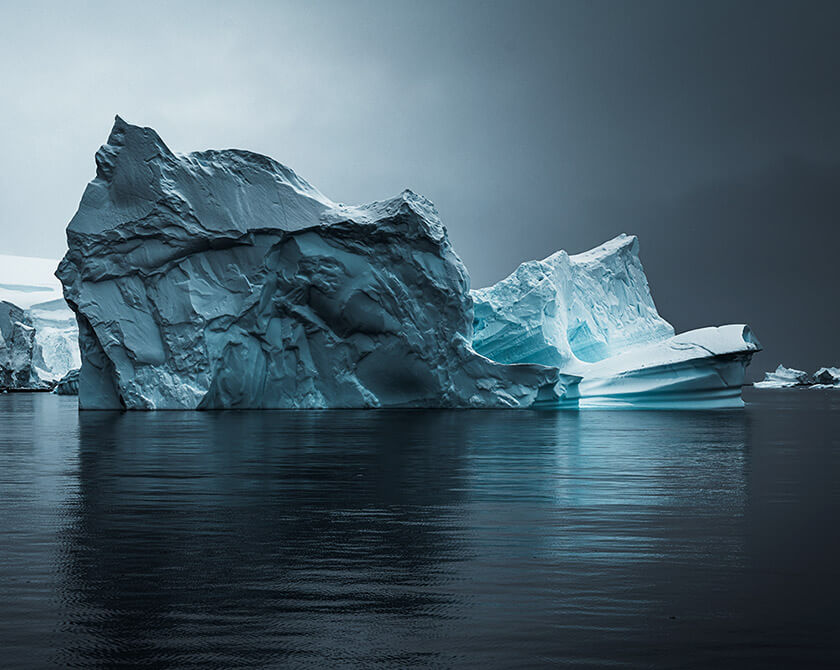 A Faint Resemblance Antarctica
Next project 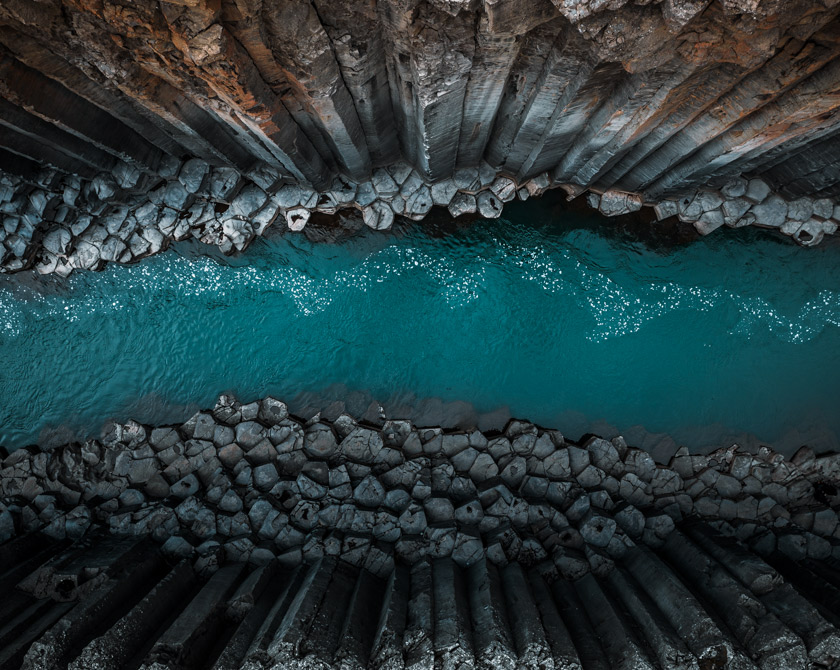 Basalt Iceland
Back to Index