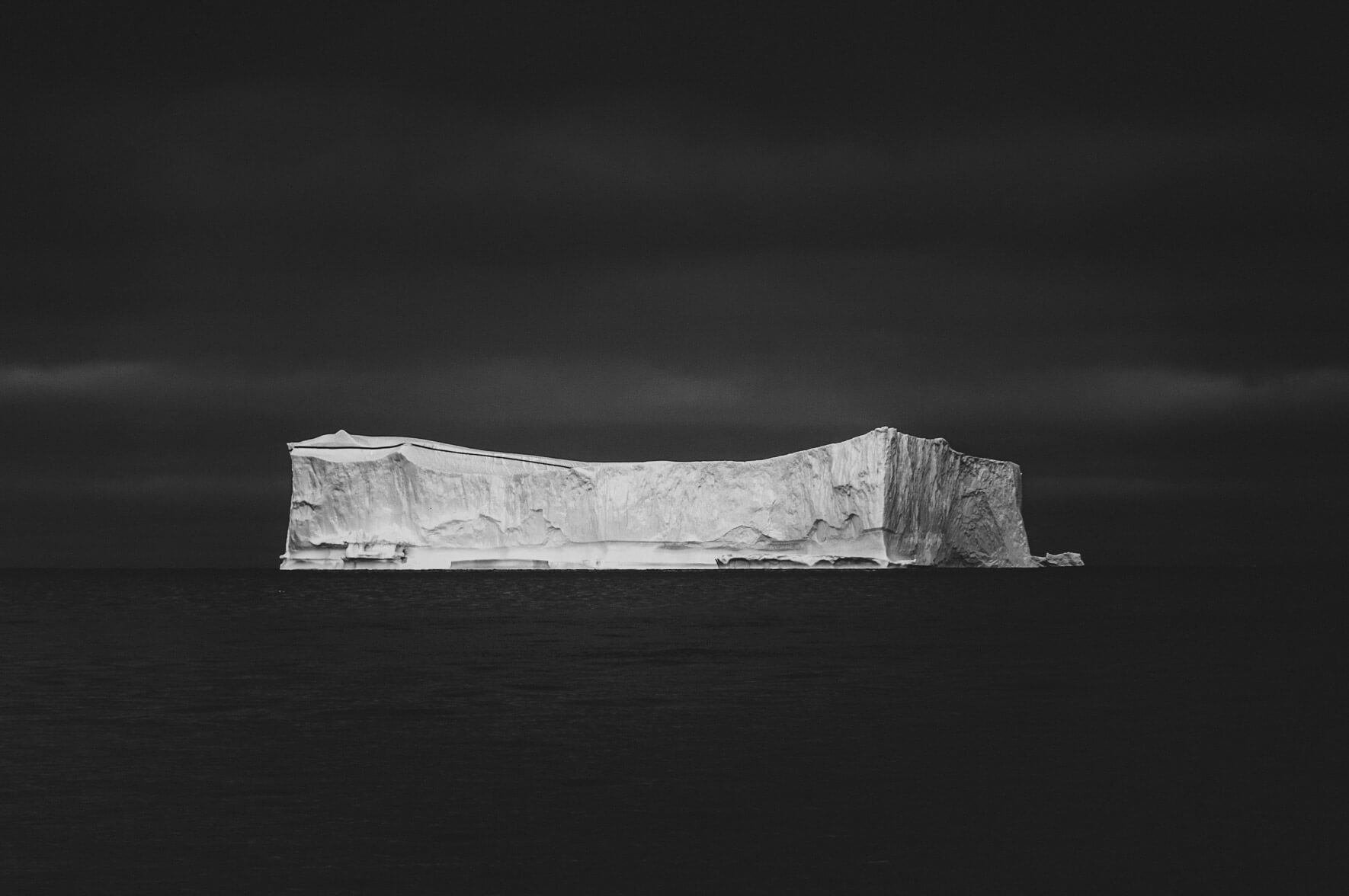 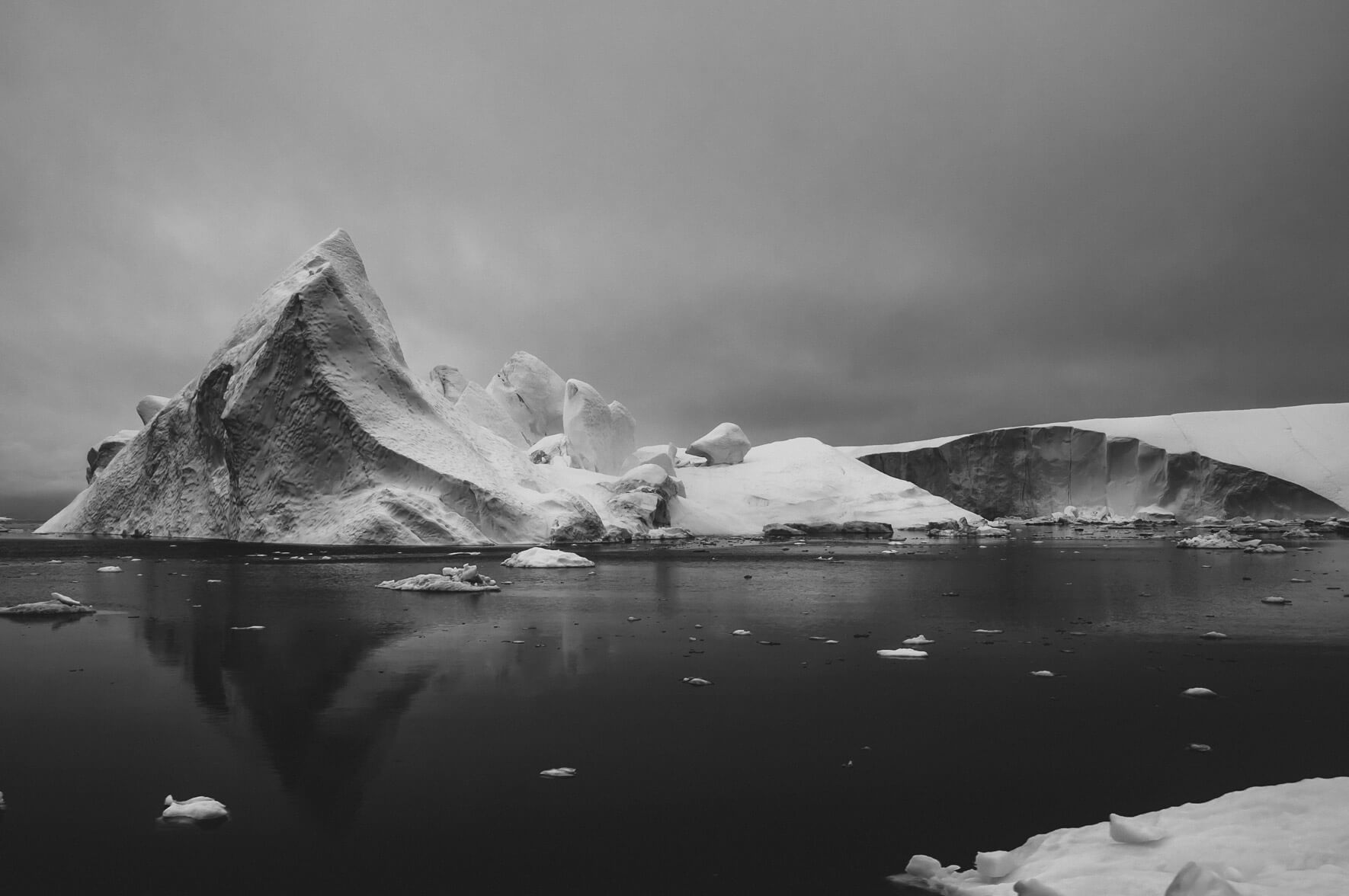 It is as though massive icebergs rise weightlessly from the dark waters and reveal only a small part of their actual size. Some of them are so big that one could easily build a town on top of them. They are made of ice that is thousands of years old, and yet they are in constant flux so every picture captures an ephemeral moment. I was interested in the structures and textures in the ice, brought to the fore in this black-and-white series. 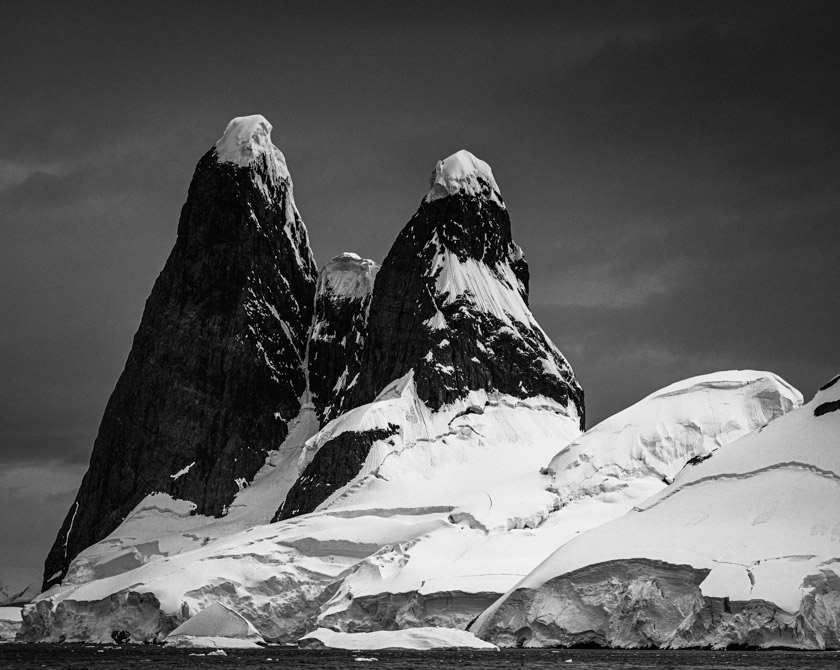 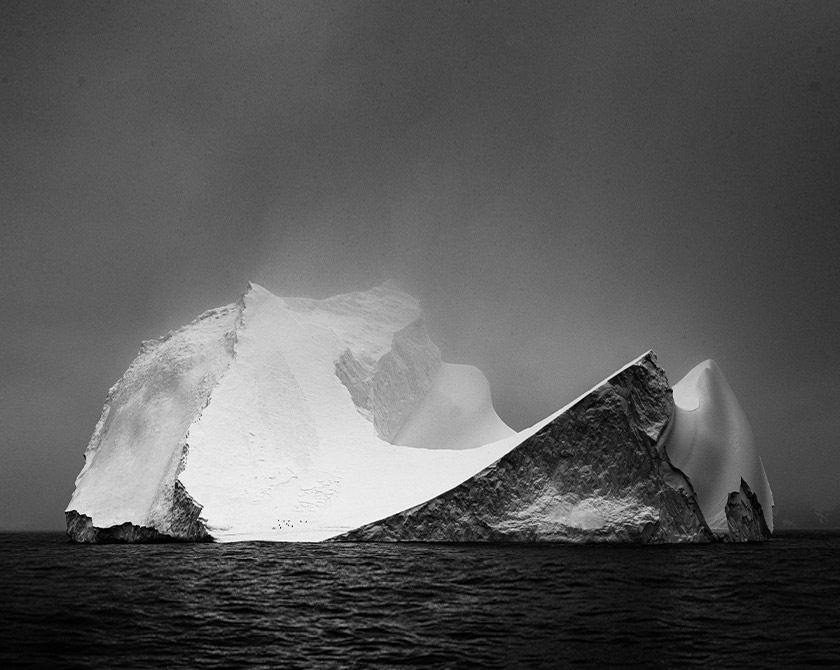 Antarctica in Black & White - Icebergs Antarctica
Back to Index