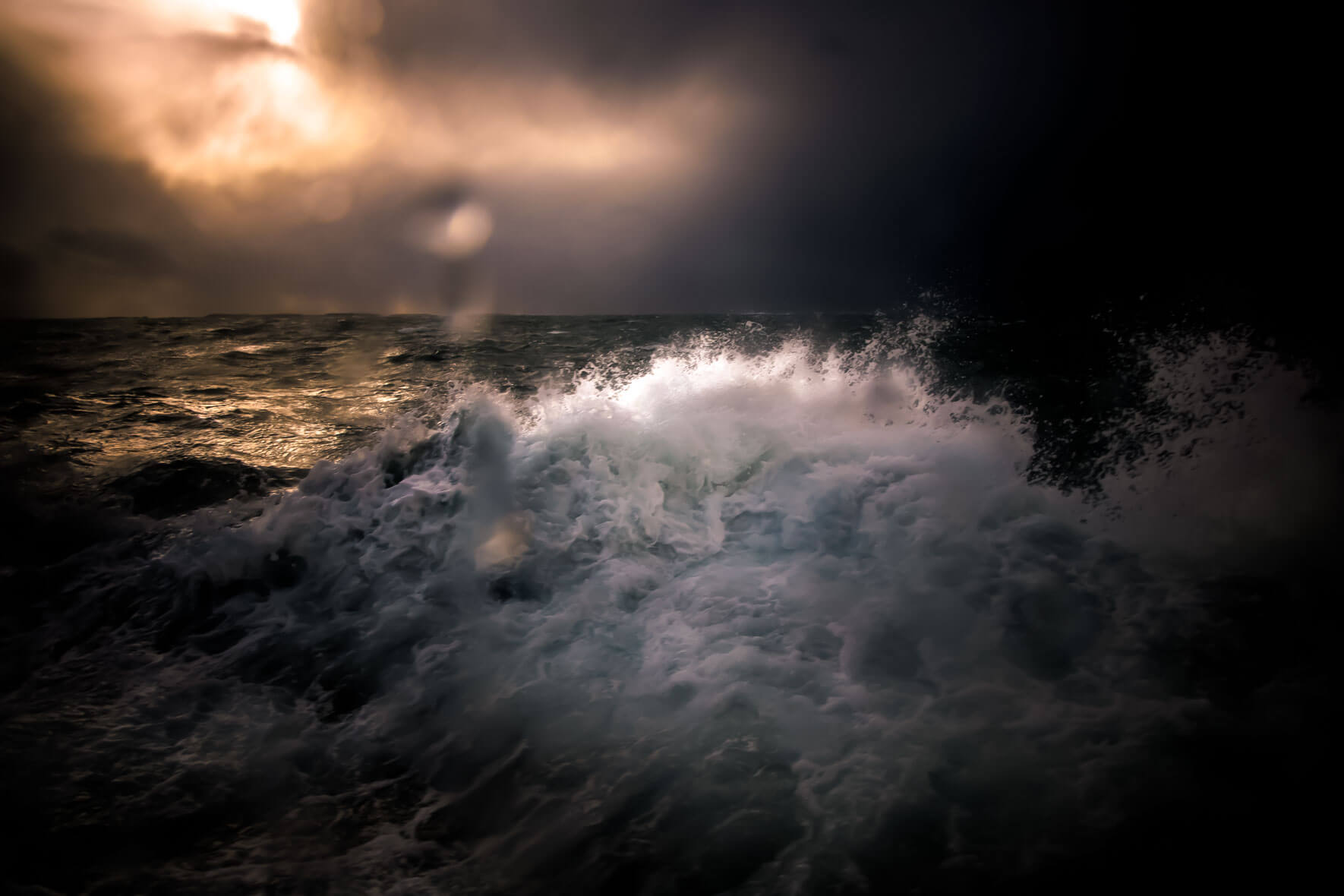 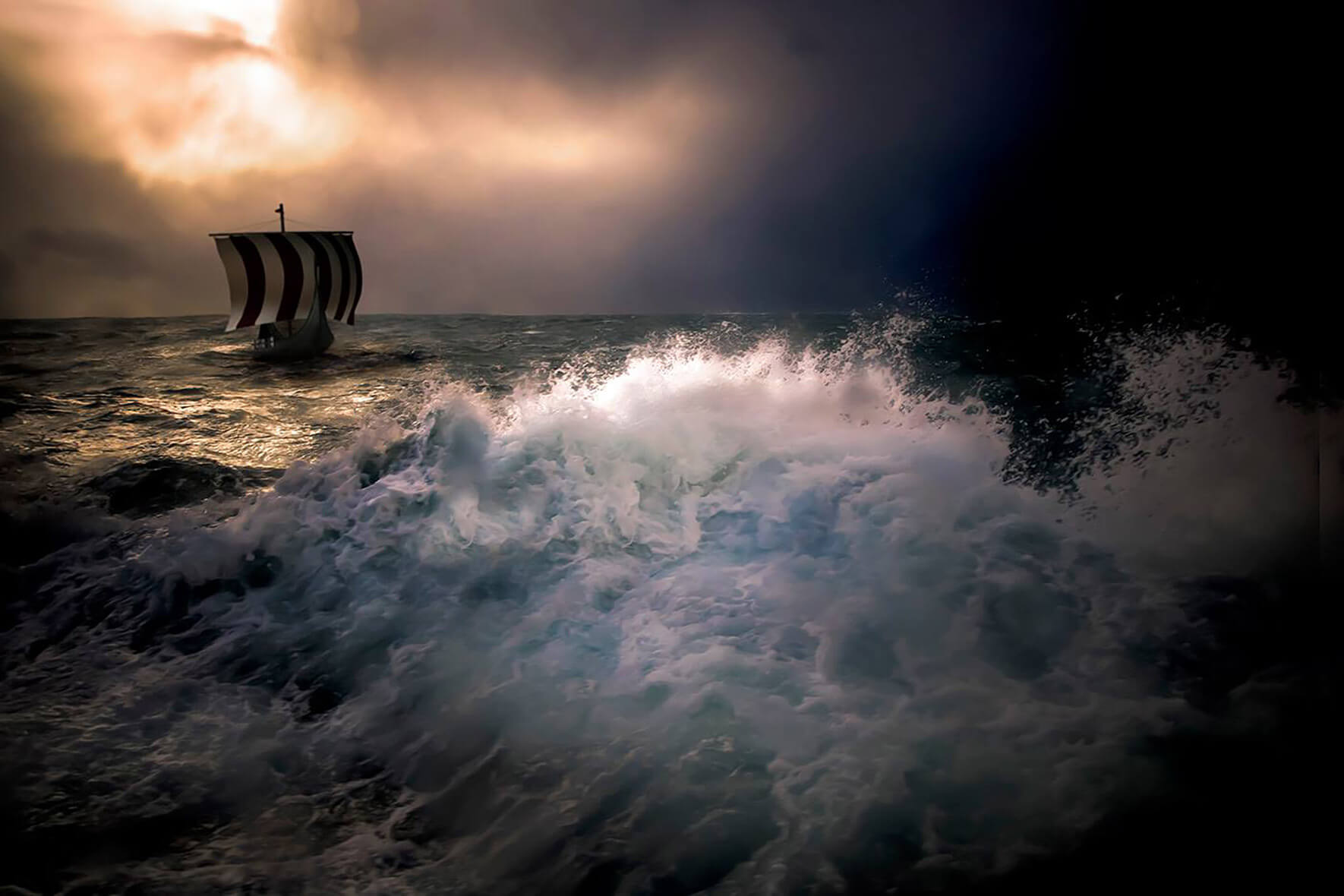 Key visual for marketing and promotional material for the film “Vikings Live from the British Museum” as a part of the British Museum exhibition “Vikings: life and legend”. The film was shown during the duration of the exhibition in London and thereafter in selected cinemas worldwide. The photo shows a winter storm in Iceland’s Breiðafjörður bay, seen from a small ship on the way from Stykkishólmur on the Snæfellsnes peninsula to Brjánslækur in the Westfjords.

The other motifs document the massive storm wall as well as the calmer weather near the island of Flatey, after the wind had settled again. The ship was added in post-production and shows a typical Viking longship. 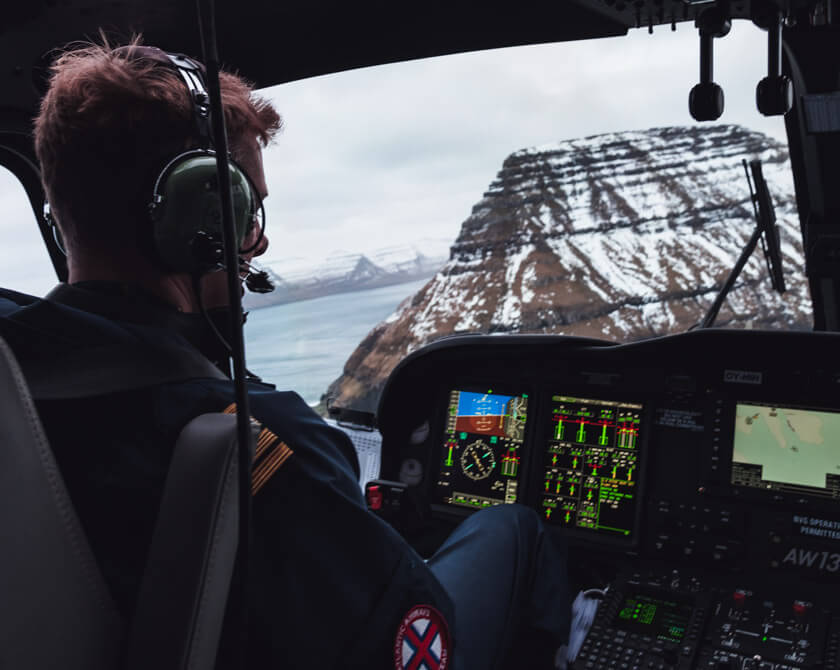 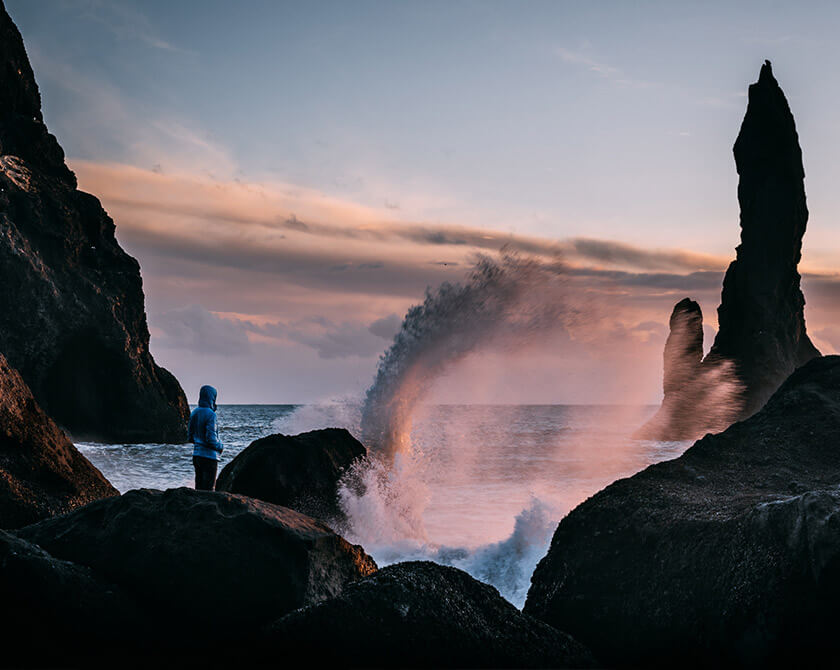